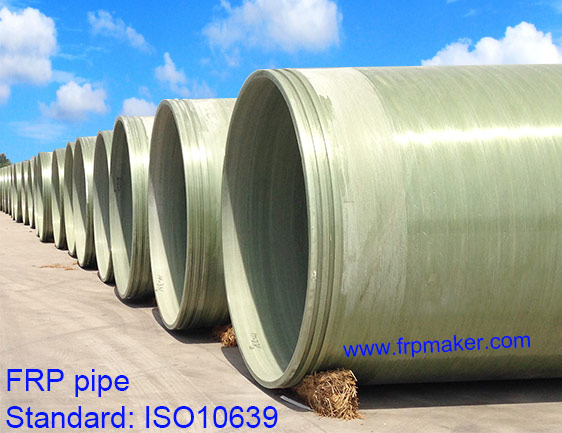 The FRP pipe is made of fiberglass-reinforced material soaked with resin matrix that is wound on the core mould layer by layer according to the certain process, and finally its is done by condensing process. Now that the pipe wall is a kind of layer structure, its physical and chemical characteristics can be adjusted by changing the resin system or adopting different reinforcing material in order to suit different FRP pipe with various pressure level or with certain special characteristics made from different medium and working conditions. Shorter reform term is another significant feature of the filament winding composite material, and other metal pipe material with the same characteristics can’t be better than it.

Being resistant to chemical erosion and longer service life FRP is characterized with special ability to resist chemical erosion, so maybe it is the better choice for you by the different medium under the environment of full of pipe nets.It can be used about 50years.

Lower installation and keeping cost The FRP pipe needs no special antiseptic treatment; the thermal layer could be thinner, even without thermal treatment; the pipe is lighter so that the lifting equipment only needs small tonnage and has smaller power consume; the single pipe is so long that is convenient for operating.

Contact us for more details about the FRP winding pipes.